Sundanese Delicacies to Spice Up Your Dining Table 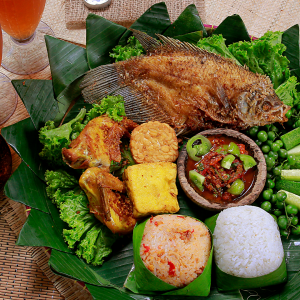 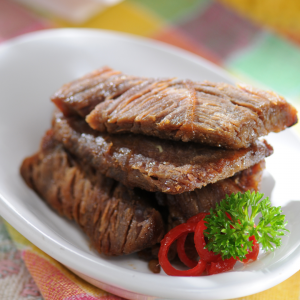 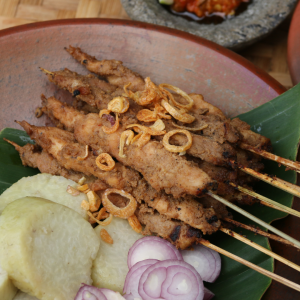 Sundanese foods will always be exciting to explore. Known as the third largest province in Indonesia, West Java with the capital city in Bandung offers various local foods. From major munchies to light snacks, Sundanese foods are distinct and easily recognisable in terms of the flavors.

Compared to other traditional Indonesian delicacies, Sundanese foods are mostly characterized by their fresh sourness, slight sweetness, saltiness, and perfect spiciness. The other leading components include the raw green veggies famously known as “lalap” and shrimp paste chili condiment. Excited to explore the rich taste of Sundanese delicacies? Here are the top recommendations for you:

This is the first menu that must be on your order list while trying Sundanese foods. Nasi Timbel is such an impeccable presentation of Sundanese cuisine as it offers the most complete elements, from raw veggies to sambal terasi dipping sauce. The highlight is the local rice wrapped in banana leaves and steamed (sometimes barbecued) until the aroma of the green leaves pops up, creating a specific sensation. There are usually additional dishes to savor, such as fried chicken, tofu/tempeh, and sayur asam (tamarind soup).

This menu consists of beef jerky that is fried in boiling fresh coconut oil. Gepuk itself is easily found in most areas in West Java. The savory and slightly sweet flavors hypnotize the foodies. The tenderness of the cow’s meat is absolutely hard to resist. Before being simmered in an abundance of spices such as bay leaves, tamarind, and galangal, the flesh is smashed and banged – that’s why it’s called “Gepuk”.

If you’re an avid spicy foods hunter, you can order additional sambal bawang to level up the spiciness. Accompanied by a plate of steamed rice, empal gepuk is the perfect companion for your dinner today.

This is another version of Indonesian traditional salad. Unlike traditional salads in other regions in Indonesia which are served with cooked veggies, Karedok is slightly different. The full plate of veggies that consist of chopped string beans, tiny green plants, cucumber, cabbage, and beansprouts are served raw. Being one of the options for a lunch break menu, Karedok is usually topped with grated coconut and roasted chilli. This salad dish can be directly eaten or alongside steamed rice.

Batagor stands for “Bakso Tahu Goreng” which means fried meatballs and tofu. The bakso (meatball) is made of ground meat, starch, spring onion, salt, and pepper. It’s filled inside the tofu, deep-fried into crispy goodness and cut into small pieces. The last step is to drizzle the fritters with a delicious peanut sauce, sweet soy sauce, lime juice and chili sauce according to taste.

Satay dishes are not confined to Padang or Madura – just travel to West Java and you will find the delicious Sate Maranggi. Originating from the region of Purwakarta, the skewered mutton or beef is marinated with some spices, namely coriander and ginger, then grilled over a medium heat. Instead of being doused with peanut sauce, they are simply presented with pickles and sweet soy sauce.

Are you ready to try out these delicious Sundanese delicacies from the comforts of your own home? Order now through Delivery Momma!